From an initial science-and-maths-focused team-of-two, Axium Education has grown to a staff of 60+ serving more than 3500 children in Grades R-12, in 25 schools, across two districts. This year Axium celebrates 10 years of work in the rural Eastern Cape Province of South Africa.

We had the opportunity to sit down with this initial ‘team-of-two’, Craig and Michelle Paxton to reflect on the 10 year journey...

We talked about conversations they were having leading up to 2009, milestones along the way, big decisions, and how their desire and aspiration to be teachers gave rise to a project that has grown exponentially.

Craig and Michelle at one of the first Axium Bootcamps

In order to understand some of the backdrop to the story, the Paxton’s took us back to 2002, when they met while completing their Post-grad Certificate of Education (PGCE) at UCT.

Craig said, “I had gone into my PGCE not knowing if this was something I really wanted to do, but by day two was fully into it.” Part of that year involved a pivotal experience teaching in rural KZN. Mich recalls, “For me teaching had always been the thing I wanted to do but I would never have dreamed of being out here…”

After completing their PGCEs Craig and Michelle connected with friends of theirs, the Gaunts and Le Rouxs (who would become doctors and pioneers at Zithulele Hospital), and began what has been an ongoing conversation about rural medicine and rural education in South Africa. Later in 2003 as they travelled through Eastern and Southern Africa, things slowly started falling into place. “We were wanting to do something rural somewhere and so we travelled to get a sense of what was happening on the continent. But the message that I got from that was not somewhere, but home; we wanted to be in South Africa”, Craig reflected.

In 2009 Michelle and Craig visited Zithulele for the first time. Michelle explained: “I think when we came, we just had an idea! We wanted to start an NGO, we wanted to support schools but until you’ve actually been up here you don’t really know what that looks like. 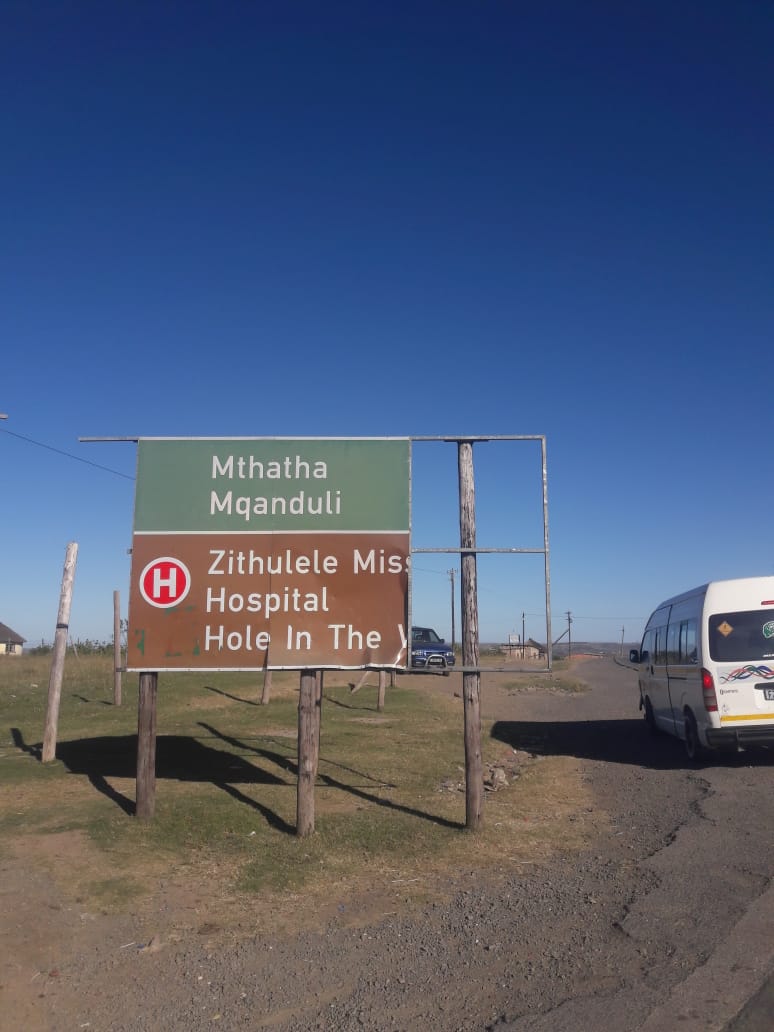 Once their minds were made up the next steps were practical; Michelle explained it as “picking up pebbles”: getting some teaching experience and skills in the world of finance; preparing themselves for whatever lay ahead.

Craig set out to learn as much about rural school improvement as possible. He studied for a Masters at the Harvard Graduate School of Education where he was a Fulbright Scholar and Reynolds Fellow, and later on in 2015, he completed a PhD on the subject. Michelle used her finance and teaching background in her work in the Thomson Reuters (now Refinitiv) financial market training team for whom she worked in South Africa, Canada and the United States.

Craig used his Master's degree as a launch pad for what would become Axium Education. In May 2009 Axium was registered and in October that year the inaugural Bootcamp kicked off at Seaview High School. Remembering that initial bootcamp, Craig recounts, “We loaded Michelle’s little white Polo with every loaf of bread you could buy in East London! It was packed literally to the brim, there wasn’t any space for anyone else.”

So Axium began with a High School program, Ekhukuleni, meaning ‘place of growth’ which focused on Maths and Science, although Michelle and Craig knew that eventually they would need to intervene earlier; that it was too late to start in Grade 10. Very quickly they realized English was going to be a bigger hurdle than previously anticipated and soon this became part of the offering. Over the next few years, our Masakhane (Gr 6-9), Nobalisa (GrR-3) and Careers programs (Gr10 and beyond school) were launched and developed as people joined in and partnered with them.

It's an impossible task to try encompass the individual moments that make the day-to-day reality of this ten year journey as eventful, unusual and interesting as it has been. Whether it's goats in the office and chickens in the classroom or charades and games of cat and mouse in our morning meetings; there have been many twists and turns along the way. One of those unexpected events is that 10 years later, neither Mich or Craig are in the classroom. Now they both work behind the scenes facilitating the work of all of our teachers!

Explaining how they have moved away from the classroom itself Michelle said:“I think it’s more our belief that education is the one thing that can change people’s future. It can bring real hope and opportunity. That’s why at Axium we talk about hope and opportunity all the time. We believe that this is what is going to make a long term difference, and so regardless of what we’re doing in the education sphere, whether we’re helping the team or we’re in the classroom, that’s what drives us.”

Growing from a team of two to 60+ can feel overwhelming, but it has been a slow and intentional journey of building relationships, where the diversity of the community, context and colleagues, are Axium's strengths. “Between our community, fulfilling work, awesome team, incredible volunteers that keep joining us, the people that pass through and our alumni that come back and visit; it keeps the passion going for us.” Michelle said. Over the years more than 180 people (excluding visiting schools groups) have entered our doors and spent some time working with us. Each of whom has bought something unique to the team for the time they were with us.

We asked them for words of advice for their 10-year-younger selves:

M: “Dream big! Even though it’s hard to anticipate the growth, begin with the end in mind.”

C: “ Less is more; quality over quantity… despite the reality of non-profit funding where you are always stretched to go beyond what you have capacity for, in a context where there is so much need.”

“And if you could tell your 10-year-old self something?”, we probed.

C: “Have as much fun as you can cause…” Craig laughed..”it’s not all fun and games.”

“We’re deeply grateful to our community of supporters. It doesn’t just take two people to do this. We’ve had a lot of partners along the way and people who continue to partner with us. To our supporters, cheerleaders, partners, funders (big and small), Axium family from the Zithulele community and around the world; every person who believes in us and what we are trying to achieve, siyabulela, we are grateful.”

“The next ten years I guess?”

RETHINKING WHERE AND HOW LEARNING HAPPENS: EMERGING INSIGHTS ON REMOTE LEARNING